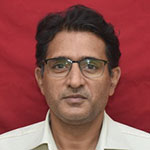 There has been a good growth in the export of Distribution Transformers. However, IEEMA secretariat informed that the 4th quarter saw an overall decline by 3% mainly due to slippage in production of Power Transformers up to 6%. There was a marginal decline of 2.5% in Exports of Power Transformers, whereas domestic growth is attributed to only 132 KV &Above 440 KV segment only. Order Book Position remains flat in last couple of months at the level of 2 lakhs MVA “within 12 months” and 1.06 lakhs MVA “beyond 12 months”. Although there is an increase in OBP under 10-15 MVA category “Above 0 MVA” witnessed declining trend in OBP. EXIM data broadly reveals that Transformers of value about Rs.2,000 crore are being imported through direct and project import route( 010013) mainly from Sweden (for HVDC) and China & Korea (for 765 kV). It is stagnant in terms of value as compared to last fiscal although there is a volume growth; indicating decline in per MVA sales value due to cut-throat competition. It was observed that dedicated Freight and Cargo Corridors (DFCC) are being put across the country and if offers an opportunity of about Rs. 30,000 Crore for electrical equipment for the next few years. Currently, Scott-Connected traction transformers are currently being imported from Japan due to the fact that the same are under JBIC funding mandating purchase from Japan.
Share Article