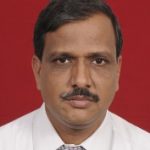 Surge arrester, like a fuse in a house hold, is provided to protect the connected equipment and ultimately sacrifice itself if required in the process.

Surge Arrester, being a protective device for limiting surge voltages on equipment by discharging or bypassing surge currents plays an important role in the Electrical Transmission and Distribution system. However, Surge Arresters still remain one of the most misunderstood items in an electrical system. Over-voltage Protection is of key Importance to Utilities to improve their Network Quality and Reliability Surge.

The Indian Surge Arrester Industry has come of age and is today able to design, test, and supply Surge arrester required for up to 1200kV Substations, for all different applications and system requirements. The concept and design is totally developed indigenously. The surge Arresters supplied for 1200kV PGCIL Sub Station at Bina is a classic example.

The big and qualified players in the field have made large investments in the manufacture of surge arresters with the polymer technology / up gradation and doubling their capacity taking into account the figures which are projected for generation, transmission and distribution sectors. However the targets in these areas have not been met and this has led to huge underutilized capacities left with the manufacturers.

Today in India with the development of the EHV Transmission System, bringing the grid voltage to 00kV level, has shown a light at the end of the tunnel to the EHV Surge Arrester Industry, looking forward to supplying arrester for these 00kV Substations that are being built to stabilize the Grids.

The development of 1200kV has given a further boost to the Industry which has fully developed these surge arresters indigenously.