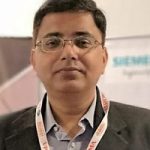 This shift in trend is directly contributing to revenue growth of electric motors manufacturers. The study highlights current trends and dynamics affecting the growth of this market. In addition, it also provides detailed information about current effective efficiency standards in each major market and their impact on electric motors market development.

Value chain of electric motors market helps to understand the role of each player involved in the industry. Porter’s Five Forces and competitive landscape gives an overview of industry competition and identifies entry barriers for stakeholders looking to enter this market. The company profiles section included in the report gives an idea about key players in the global electric motors market and their growth strategies.

The Indian electric motor industry had its beginning in early thirties with a couple of manufacturing units supplying small size motors. Over the decades, up gradation of technology has been taking place through local research and development efforts and also by importing technology. Concept of Energy Efficient motors is gradually picking up.

The Rotating Machines (RM) Division of IEEMA by and large comprises of manufacturers of Motors and Alternators.

This division has around 56 organisations as its members. Divisional meetings are being conducted in every quarter with average participation is around 11.

Four division meetings had been conducted in FY 2013-14.

The Major highlights / discussion points during the meetings for the year 2013-2014 are below: